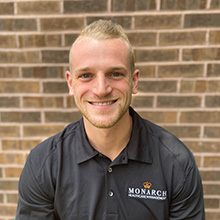 Ryan has been with The Waterview Shores since April of 2021. He’s worked in healthcare for over 2 years and has been in nursing home administrator roles since July of 2020. His passion for healthcare began after college when he started his first job as a Quality Assurance and Performance Improvement Director at a nursing facility which eventually gave him the opportunity to become licensed as a Nursing Home Administrator. In his spare time, he enjoys spending time outdoors being active with his wife and two young boys. 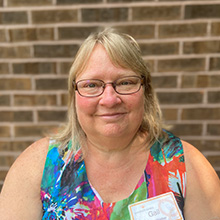 Gail has worked at The Waterview Shores for 6 years. She graduated from University of Wisconsin-Superior in 1994 and has worked as a licensed social worker since September of 1999. Gail enjoys working with her residents as they share many stories and advice that has changed her life forever. She will always be thankful for the time she shares with the residents. In the summer, she enjoys camping with her boyfriend in the middle of nowhere. While camping she enjoys painting, working on walking sticks, knitting, and collecting treasures (sticks, driftwood, rocks and anything looking interesting). In the winter she spends her time snowmobiling and ice fishing. 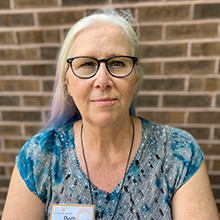 Beth has been a Therapeutic Recreational Director in long term care for over 8 years. With a background in physical fitness, Beth loves to encourage residents to exercise both their bodies and their minds. She makes sure to include these aspects in her Therapeutic Recreation Program at The Waterview Shores. She finds working with the aging population very rewarding 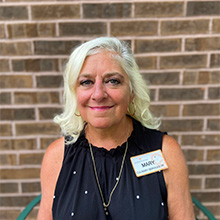 Mary has been with The Waterview Shores for 31 years in her role as Culinary Services Director. She is passionate about food and is committed to providing nutritious and delicious food for her customers. In her spare time, Mary enjoys camping with her family, fitness, and auto racing. 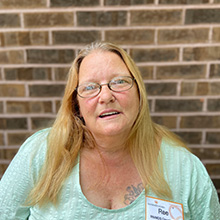 Rebecca has been a part of The Waterview Shores for 6 years. She began her career in long-term care in 1990 as a nursing assistant, became an LPN in 1993, and then an RN from 2008 until present. During her time in healthcare, she has been in a number of roles including wound care and infection control nurse, health information manager, HIPPA privacy officer, resident assessment coordinator, and quality management coordinator. Her passion has been in long-term care since her first day as a nursing assistant. Listening to the life stories of her residents, assisting them in reaching their goals, getting to know their families, laughing with them and finding ways to make their day is so rewarding to her. She never knew that a job could become such a large part of her and who she is. Outside of work, she loves spending time with her grandchildren and being outside in the beautiful weather. 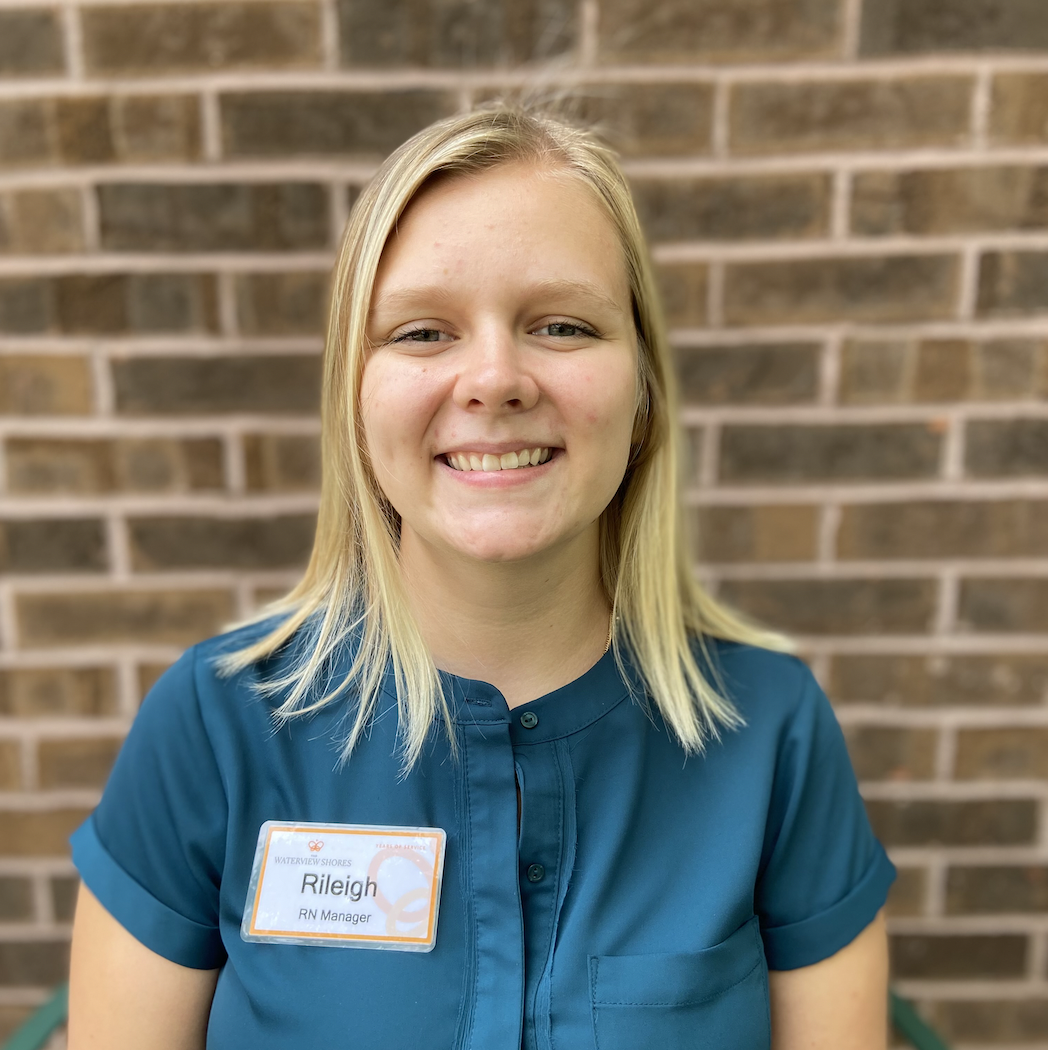 Rileigh has worked as a nurse manager at Waterview Shores since June of 2021. She has been working in healthcare for about 7 years. She started as a maintenance aide in a long-term care facility, worked as a CNA for 5 years, and has been an RN since September 2020. Rileigh’s passion for healthcare began listening to her mom and other family members talk about how much they enjoyed their positions in the field and also experiencing the reward of being a caregiver herself. In her spare time, she loves to read fiction novels, play Nintendo Switch, and sing off-key. She recently bought her first home and has two Corgis, Opie and Indi. 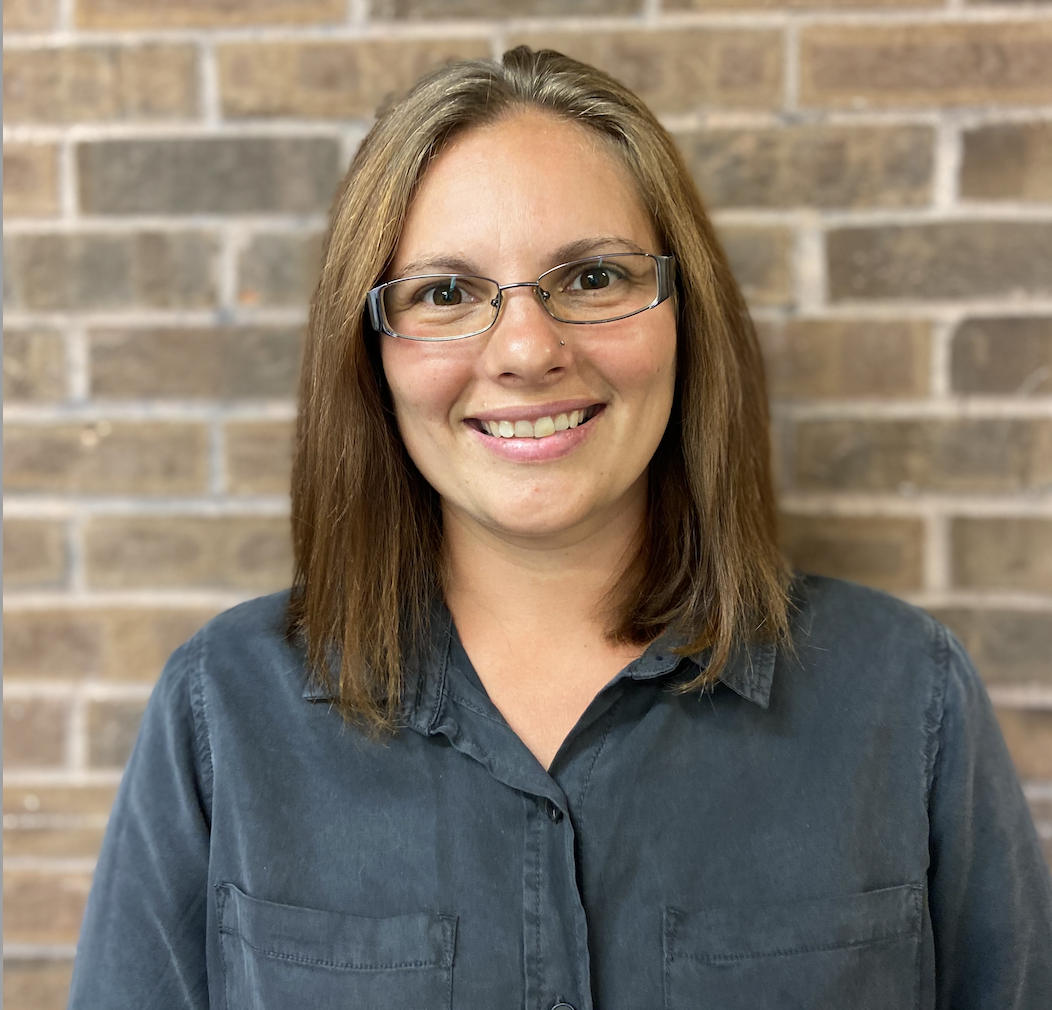 Jenny has worked at The Waterview Shores for 10 years. She has been working in healthcare for 12 years where she started out as a PCA in-home healthcare. From there she worked on getting her CNA and started working at The Shores. She eventually transitioned into a Restorative Aide role after two years as a CNA. After 3 years, she then stepped into a scheduling role which launched her career into human resources. Her passion for healthcare was started by a family friend who encouraged her to come work as a PCA. She became hooked and decided to learn more about what this field had to offer. When she’s not at work, Jenny loves to be outdoors, walking, camping, fishing, and horseback riding. Anything that gets her outside helps her reset and relax. 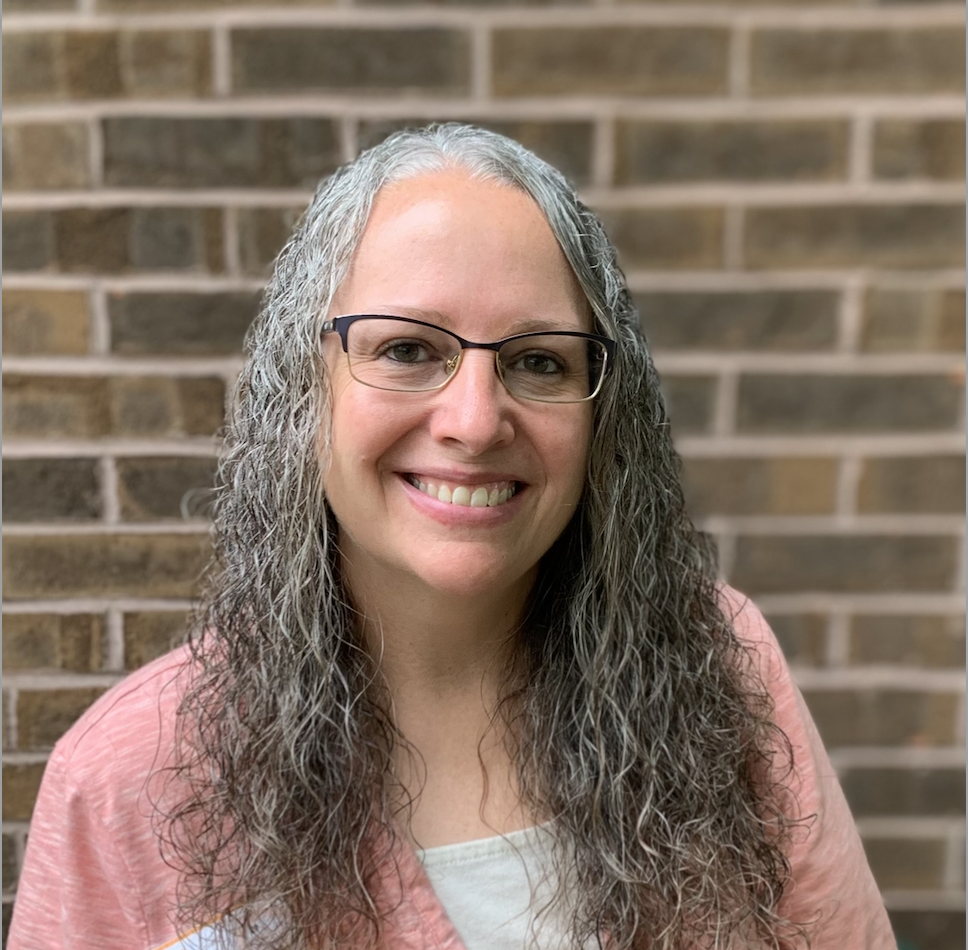 Keri has worked at The Waterview Shores for 20 years and has worked in a healthcare setting for a total of 28 years. The very best part of her day is visiting with the residents. In her spare time, she enjoys spending time with family and her pets. She loves to hike and take pictures and her favorite places have been the beautiful North Shore of Lake Superior, Yellowstone National Park, and Zion National Park. Eventually, she hopes to visit every national park the U.S. has to offer. She also hopes to see The Phantom of the Opera on Broadway in New York City. Keri enjoys canning the tomatoes she grows in her garden as well as making jelly from the grapes off her grapevine.

Kelly has worked at The Waterview Shores since August of 2021. She has been in nursing for about 12 years and has been a Director of Nursing for the past 6 years. When she was little, Kelly’s parents told her she had a knack for taking care of people and helping them feel better. She pursued her dream of nursing after she had her first daughter and never looked back. Outside of work, Kelly enjoys spending time with her two daughters and husband. They always find themselves goofing off and laughing and those are the most priceless memories to her. Her other two “girls” are her dogs, Izzy and Hershey.

Your web browser is outdated and may not display this page correctly. Please update to the latest version of Google Chrome or Firefox.